Why mediation should be the first step – not the last 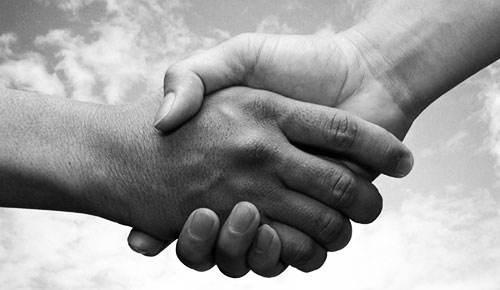 Mediation – A Case Study
Steve worked in a young, fast-growing technology business as a team leader. When the post of manager in his department became vacant, the CEO asked him to fill in while they head-hunted for the right person. Steve had worked at the company almost since it started, got on with everyone and was technically competent – but he didn’t have much management experience.

It took a few months before Jim was appointed. As the acting head of department Steve had to hand over and introduce Jim to the new business – and the two of them began to butt heads almost immediately.

Jim was older and came from a larger, more hierarchical organization. He wanted to run things very differently. Steve was hands-on and resented the fact that Jim wasn’t prepared to roll up his sleeves and do the work. Jim seemed highly qualified – just the sort of person to add depth of experience to a fast-growing company and he had the support of the CEO – but he struggled to adapt to the way the rest of the team worked.

Initially, Jim and Steve had heated discussions, which developed into full-on arguments. To their credit, they often took their dispute out of the open plan office and into a meeting room. They also tried to sort things out over drinks after work, but the arguments got worse and Jim started a campaign to undermine Steve’s position.

It was apparent to everyone that there was a major conflict brewing. People started to take sides. Jim had the ear of the CEO who knew there was discontent but thought it would pass. Steve complained about Jim’s behaviour to the HR manager, who gave him some advice about how to deal with the situation, but took no action.

Steve started looking for work elsewhere and complained bitterly about the “new regime.” He soon resigned and went to work for a competitor. By that stage, Jim’s department was unimpressed with their new manager and without his team’s support the whole department’s performance lagged. He was eventually persuaded to resign too.

Note: Names and details have been changed in this case study for reasons of confidentiality

Why mediation should be the first step – not the last

WISE’s Anna Faoagali recommends proactive use of mediation services in the workplace.

Often, when independent mediators are brought into a workplace, relationships may have become so fractured that the parties in dispute may have grown to include whole teams. Issues that could have been contained have burgeoned into much bigger problems.

When an employee makes a complaint against a co-worker, for example, and there is insufficient grounds to warrant a dismissal, it’s common that both complainant and respondent continue working together – despite the impact the complaint may have had on their working relationship and within the broader workplace.

It usually takes time for a relationship to deteriorate to the point where an employee officially complains, and a number of events would typically have occurred before they disclose it to their manager or HR. Add to that the time it takes to make a decision about how to progress the complaint and whether it should be handled internally or externally, and investigated formally or informally.

Disharmony Reigns
By this stage, the impact of the complaint on the workplace is already likely to have started to take its toll. The team isn’t performing as it was, co-workers are taking more sick leave, other complaints are raised and often general disharmony reigns.

Furthermore, whilst the matter is in process, the relationship between the complainant and the respondent – left without intervention – will predictably deteriorate. The negative impact on the team starts to become embedded, affecting new recruits, too, who are warned by staff about the conflict.

Past team members may reinforce positions or views about a person and their intentions; employees can be unsure how to interact with each other and feel pressured to take sides; and managers may feel unable to do their job, stymied by the air of uncertainty. Each group has their own unique set of stressors, potentially manifesting as anxiety, sickness and low productivity.

Culture of Conflict
Employees start to spend their work time documenting conversations and actions, recruiting other staff to support their views, developing claims against each other and the employer and/or looking for alternative employment. All of this contributes to a culture of distrust and conflict.

Mediation can play a powerful role in managing the workplace, but my experience suggests many managers see bringing in professional help as the last resort, rather than the first step in the process of resolving potentially damaging conflicts.

I’m not suggesting all complaints procedures start with mediation. There are situations when that would be inappropriate. But even when employees raise serious allegations, independent mediators can help manage the ensuing process.

Fraught with Risks
In the past, employers tended to determine blame and assist the “offending party” move to another job. Now, however, employers are expected to provide options so that employees in conflict don’t have to leave the workplace. This approach is fraught with risks if the behavior is not addressed. Functioning areas of the workplace may become contaminated giving rise to a whole new set of complaints, costs and claims.

So what does all this mean? Managers need to deal with complaints and behaviour that may amount to unlawful conduct or misconduct when they become aware of them. Also, when complaints do not warrant formal intervention, employers need to put in place processes that support opportunities to improve working relationships. This is where employers can make the most difference.

Engage with Staff
Managing the complaint as well as workplace relationships may require two very
distinct, yet simultaneous processes. Employers understand and embrace processes to manage, but when it comes to relationships within the workplace, that’s when they are often most challenged to know how to make a difference.

It is not just about mitigating risk and exposure to costly claims. Implementing fair and supportive systems and processes will do this naturally, and it is where mediation is most powerful. It enables organisations to engage with their staff, challenge them to take responsibility and choose how they want to work together, resolve their differences and contribute to the enterprise – or not. That’s when mediation will have the most impact on individuals, the team and the whole organisation.

Workplace mediation can provide a safe process to start exploring what professional working relationships should look like, what support structures may be needed, how employees intend to evaluate their commitments, develop processes around handling future conflict and inspire a team to productively manage conflict.