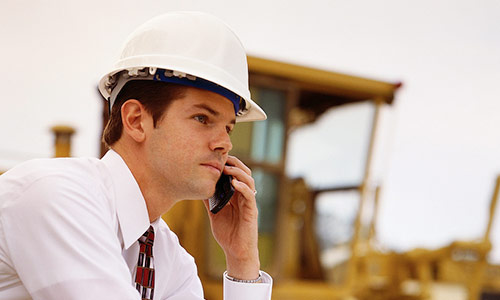 A sub-contractor on a construction site was instructed by a lead contractor to start drilling through a wall – despite warning signs on site that indicated the risk. He hit an electrical cable and received a massive shock. Amazingly, he lived.

As the dust settled, managers of several businesses involved in the project, realising the potential liability from this breach of health and safety, initiated a full investigation.

This incident is typical of the kind of health and safety breach that benefits from independent investigation – there is too much at stake for any of the parties involved to investigate this incident themselves.

The key is to obtain a complete account of what actually happened.

Here are 5 key strategies, or steps, in the process of asking questions of the people who were involved in or witnessed the incident that a professional investigator would use to get as close as possible to the truth of exactly what happened.

Step 1 – Obtain a free recall
A free recall is an account of events offered by a person free from guidance or interruption by the investigator. The investigator should ask a very broad open question seeking as much information as possible from the interviewee about the incident. It’s always advisable to seek a free recall before asking specific questions. For example: “I am investigating the circumstances surrounding John James’s accident. I’d like you to tell me everything you can about how it happened.”

Step 2 – Establish a timeline
Create a timeline based on the information obtained in the free recall. A timeline is a chronology of events. This will form a road map for questions later on in the interview. You may need to obtain evidence that requires the order of events to be very clear. For example: “When did Mr Smith ask you to start work on the drilling? Was that before or after you received the briefing from the electrical contractor?”

Step 3 – Recreate the context
Recreating the context of events surrounding the incident can be an effective way of obtaining a free recall. You can do this through verbal instructions to the interviewee. For example:  “Please close your eyes and think back to the time of the incident. Imagine where you were and then tell me everything you can about what happened” – and by asking them to draw a sketch. Encourage the interviewee to describe verbally what they are drawing at the time, and also ask them to label the diagram and sign it. Use this to ask clarification questions. For example: “You have drawn the stairs over here, was it directly opposite that window?”

Step 4 – Obtain a second recall
Interviewees rarely disclose all information in a first recall. Asking a person to recall the events for a second time normally produces more detailed information. But it’s a good idea for investigators to narrow the questioning to more specific issues; otherwise the interviewee may lose interest in the interview. For example: “In the first interview, you said Mr Smith was in a hurry to get the job done, can you explain why you had that impression?”

Step 5 – Ask probing questions
Probing questions are those that seek specific answers. They should be open to allow an unlimited range of responses wherever possible, but the occasional use of a closed specific question to clarify a point is also advisable. (Closed questions are those that illicit only a single “yes” or “no” response – or a very limited range of responses.) An example of a probing question may include: “What training have you been provided on the use of this machine?”