The respondent interview – Part I: Five things you need to know 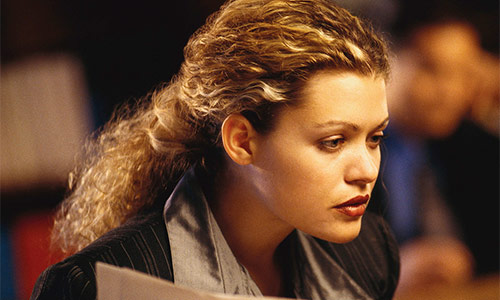 When an employee is accused of doing something wrong (we call them a respondent in a workplace investigation), they may lose their job or worse, their reputation. Understandably, that can put people on the defensive.

They may engage in a number of strategies to minimise the consequences – from refusing to cooperate, to outright denial and spreading the blame to others. All of that can make the respondent interview a challenge.

Here are just a few pointers to help you start out on the right foot.

Don’t assume that all respondents will be hostile
We naturally tend to assume that someone accused of wrong-doing will try to deny it or at least make it difficult for us to find out what happened. Don’t assume anything.

In fact, the research on this (involving serious criminal offences) suggests about a quarter of offenders plan to deny wrong-doing, about a third decide to cooperate, and almost half wait to see how they’re treated. If people accused of wrong-doing are treated in a confrontational way then they are less likely to confess.

What if a respondent refuses to cooperate?
You cannot infer guilt from silence. Decisions are made on the basis of available evidence. If the evidence establishes a balance of probabilities that the respondent did something wrong, then without an alternative explanation, the decision-maker may find against them.

If a person declines to answer questions you can advise them calmly that a decision will be made based on the evidence, and that their perspective won’t be represented in that decision-making process.

What if an investigation leads to criminal charges?
If there is a possibility of criminal charges you should consider whether the police should be handling the matter first. If this has already been dealt with and police have given the go ahead to investigate, or won’t act until your investigation is complete, you need to understand the role of the caution.

If you have any knowledge of criminal law and someone incriminates themselves, you can give the caution before proceeding, and the evidence will probably be admissible in a criminal court. However, any use of a civilian investigation into a criminal matter is almost certainly going to be contested in court.

How much information should you share with a respondent?
The investigator needs to provide enough detail for the respondent to understand what it is that they are being accused of.  For example, “Now, about this incident at work …” probably isn’t enough. “It’s been alleged that you physically assaulted John Smith at work on the afternoon of February 18th” may be all it takes.

The more experienced an investigator, the better able they are to use their judgement – based on the nature of the allegations and scope of the investigation – about whether to adopt “selective or gradual disclosure” of evidence as a means of trying to obtain as full an account of the incident or events as possible.

This can also help identify key details that may be in dispute between parties and therefore require further investigation. For example, “You say that you pushed Mr Smith against the wall once. Someone who claims to have witnessed the incident says you grabbed Mr Smith by the hair and banged his head against the wall several times.”

However, an investigator needs to use their judgment. In some cases, disclosure of the complainant is unnecessary. But this must be weighed against the risk of the respondent making incorrect assumptions about what they’re being accused of and being unable to defend themselves against what could be a malicious complaint.

Can you conduct a workplace investigation? Wise Workplace offers a full or supported investigations service.  Just call us on 1300 580 685 if you need help.