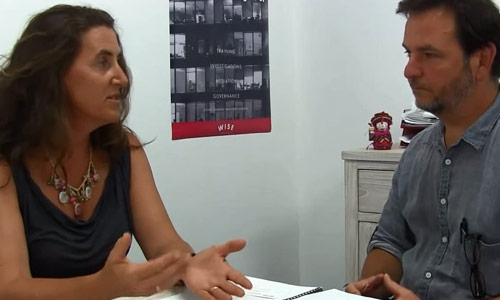 I often get asked about the role of a support person in an investigative interview, so here are my responses to three of the most common questions.

Do we have to have a support person present?
There is no legal requirement for a support person to be present at a workplace investigative interview. The law states, however, that there should be no “unreasonable refusal” when discussing a serious adverse matter such as the dismissal of an employee.

In such situations, then, it is strongly advisable to have someone present to provide support to the interviewee, because courts have ruled against employers who prevented a support person attending an interview in some cases.

For interviewees who are apprehensive about the process, perhaps speak English as a second language or may in some way be considered vulnerable having the emotional and moral support of someone they respect can help them understand the situation. .

My advice is simple: it is best practice to invite, if not encourage, an interviewee to have a support person – especially in any meeting where there is a chance of an adverse outcome. In the case of an interviewee who may be considered vulnerable, I would insist on a support person being present – unless there were exceptional circumstances.

Watch this short video showing how to brief a support person.

Ultimately, the presence of a support person is about two things: to create a more relaxed and less intimidating situation for the interviewee, so that they feel more confident and more inclined to impart information, and to ensure that the interview takes place in a fair and non-threatening environment.

That said, interviewers should ensure the integrity of their whole investigation, and this leads to another commonly asked question:

Can investigators prevent a particular person attending an interview as a support person?

A support person who is any way involved with the matter at hand may risk compromising an investigation. For example, if there is a perceived risk that someone may collaborate with witnesses or others who are yet to be interviewed, that they may manipulate the outcome of an investigation – even unwittingly – they shouldn’t be allowed to attend.

A support person should not be a minor, and investigators should also take care in circumstances where the support person may hear allegations or information raised in an interview that could adversely impact their relationship with the interviewee. For example, an employee may bring along their spouse who is then confronted with allegations of sexual misconduct which they hadn’t known about earlier.)

It is inappropriate for someone who has been involved or may be involved in the investigation to act as a support person.

Another typical question is about managing the interview with a support person present;

If they continue to disrupt, you may need to warn them politely that if they persist, they will be excluded and the interview closed. Avoid getting into an argument: it’s better to put your concerns to the respondent directly and empower them to deal with their support person.

A lawyer can be a support person, although in the case of a matter affecting a small business with fewer than 15 employees the lawyer cannot act in a professional capacity.  If a lawyer is acting as a support person, they can consult with their client but they must not answer questions on behalf of the interviewee.