Confidentiality Should Be No Surprise 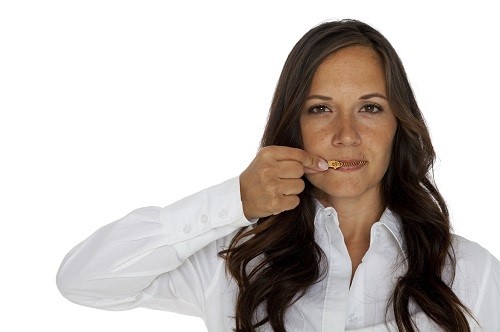 Confidentiality Should Be No Surprise

In a recent case involving a union delegate acting as a support person and a breach of confidentiality, the Fair Work Commission noted that those acting as support people during workplace disciplinary processes must be clearly informed by the employer about their obligation to maintain confidentiality. This might seem to some to be a fairly common-sense proposition, hardly requiring particular clarification on the part of the employer. That is, if asked to support a colleague during a disciplinary interview, it should be quite obvious that the sensitive subject matter indicates a need for utmost confidentiality. And, if following a disciplinary meeting, the worker’s support person then provides that confidential material to others, it would perhaps be no surprise if the employer took action against the support person.

Yet, in CFMEU v MSS Strategic Medical and Rescue [2014] FWC 4336 (MSS), a support person named Leighton did in fact express such surprise about the confidentiality requirements arising from his involvement in a colleague’s disciplinary interview. Leighton was asked by his co-worker Arnold to attend the interview as Arnold’s support person. After attending the meeting in this capacity, Leighton then proceeded to distribute to colleagues via email certain written information provided in confidence during the disciplinary process. The core issue in the case was actually whether the employer’s decision to issue Leighton with a final written warning was unnecessarily harsh in the circumstances. Before traversing that issue, Commissioner David Gregory was very clear in noting the basic remit of any support person’s obligations in the context of a workplace investigation:
Any person in that role of support person should understand an investigation into issues to do with an employee’s work performance or behaviour are private matters between the parties, and the confidentiality of those processes should be respected at all times. [at 49]

Commissioner Gregory noted that Leighton’s particular role in the workplace required some consideration. He was a union delegate of the CFMEU at the MSS worksite, as well as being actively involved in other union activities across Victoria. The Commissioner stated that this position in the workplace could be seen in two lights. As a delegate, he should have been aware of the requirements flowing from workplace investigations. Yet considering his natural tendency to want to actively assist all workers at the site, his dissemination of this particular information arising from Arnold’s meeting was perhaps understandable.

A duty to inform

Other elements of Leighton’s behaviour and work history were noted, including a formerly unblemished employment record and his apology for the unintended breach. He maintained throughout that he simply did not understand the need for confidentiality in the disciplinary context. On this point, the Commissioner noted that employers are obliged to inform workers clearly and unequivocally of the need to maintain confidentiality about any information that arises in their capacity as a workplace support person. This should occur at a number of junctures during employment, including at the commencement of any workplace investigation in which they are involved. The FWC ordered a lessening of Leighton’s sanction, from final written warning to a written warning.

As can be seen from this case, even for those regularly involved in workplace investigations, employers must take care to clearly and unambiguously set out the requirement of confidentiality. It can never be assumed that a person would ‘naturally’ be aware of their obligations in this context. It is common for union delegates to be involved in workplace investigations as support people. Such workers should be reminded that once in the role of support person, they are in attendance purely to support their colleague and to ensure a fair process. Clarify that any impulse to disseminate meeting outcomes for the perceived good of all colleagues, for example, must be resisted. Setting out possible actions to be taken in the case of a breach of confidentiality would also go some way to assisting support people to exercise the discretion required in workplace disciplinary investigations.

For employers or HR departments working through a workplace investigation, or simply wanting to enhance employee knowledge of confidentiality requirements, it is essential that the information provided is clear and accurate. To avoid any ‘surprises’ about the need to maintain confidence in investigative processes, get in touch to see how we can assist with your specific requirements. WISE Workplace provides a number of one-day investigation programs. To find out more information about programs tailored to your workplace, contact Harriet Stacey on 1300 580 685.