Investigating Fraud? When Do You Tell the Respondent? 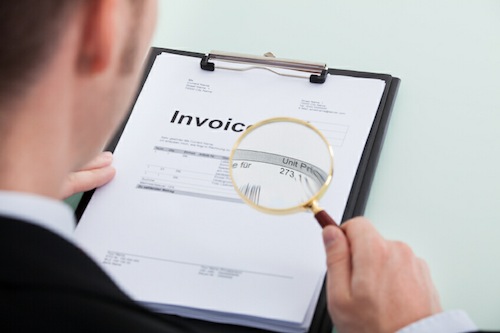 Investigating Fraud? When Do You Have to Tell the Respondent?

The possibility that an employee might be committing fraud can raise many emotions. As with other misconduct, disappointment can be pronounced. When fraud is suspected against either the business itself or customers, plain anger towards the potential culprit can also arise. It is this high emotion that creates the necessity for cool heads in any fraud investigation. If you are involved in an investigation where fraud is alleged, timing and a methodical plan are crucial to ensure that the process is sound. Depending upon the nature and extent of the fraud, the time at which the respondent should be told and/or interviewed can vary. The quality of any documented evidence you collect can have a notable effect on admissibility or weight in any later court proceedings. For this reason, adhering to procedural fairness in the workplace investigation will be vital.

Your workplace investigation plan should include a basic timeline of actions. Top of the list will be the gathering of information relevant to the allegations of fraud. Be careful about how and from whom this will be collected. At this stage, as few people as possible should be involved in order to maintain confidentiality and the integrity of the investigation. Collect interview notes, documents, relevant screen dumps and any other physical evidence that purports to implicate the respondent in the fraudulent activity. This is also a good time to fully assess any possible motivations or overt emotional issues with the informant/s. Any later interview with the respondent needs to be based upon available facts – not any aspersions cast by an angry individual. Make a decision on any need for immediate action, particularly whether police need to be called if an employee is AWOL with fraud proceeds, for example, or data or money is currently being misappropriated. Once you have enough valid information, decide upon your next steps. It may be that the allegations against the respondent are clearly groundless. Perhaps there was a mere accounting error, for example. But if the allegations appear to have some substance, it might well be time to draft appropriate interview questions. Sometimes, the first person you talk to after the claimant is the respondent – but only after other documentary evidence has been secured. This gives them an early chance to explain their story, plus reduces the chances of workplace gossip or slander about the respondent snowballing unfairly.

Having secured an interview time with the respondent, think through the nature and order of questions that you need to ask. The basic purpose of the meeting should be explained, without any blunt statements or accusations about the alleged fraud. It can help to be quite specific about the concerns raised by any informants: “There are concerns being raised about some anomalies that Brian found in the customer invoicing drive,” or “Your employer has some concerns about repeated discrepancies in reconciliations over the last six months”. Recalling the imperative for procedural fairness in the workplace investigation, maintain this objectivity throughout the remainder of the interview. Allow sufficient time for explanations, and ask inquisitive questions that demonstrate your open mind throughout the process.

Fraud is a serious accusation. Whether or not the respondent is involved in such behaviour, their individual emotions of indignation, shame and/ or anger might well surface. Assess whether the interview needs rescheduling, if a support person is needed, as well as any requests for legal representation. Also give the respondent options for response. Indicate that an immediate response is not required and they might prefer to respond at a later (agreed) time. Explain the remainder of your investigation plan and associated timeline for actions, in order to provide some sense of order to what might well be a moment of shock for the respondent.

The alleged fraud might tempt employers, owners and managers to simply confront the respondent in angry indignation. Perhaps understandable – but such action must be avoided in order to maintain the integrity of the investigative process. Remember, your objective in carrying out a well-constructed workplace investigation concerning the alleged fraud is to gather quality evidence in a fair and consistent manner. How and when to let the respondent know can be a delicate matter, dependent upon the nature and urgency of the facts in question.