Is an Employee Obliged to Divulge Facts About Their Partner? 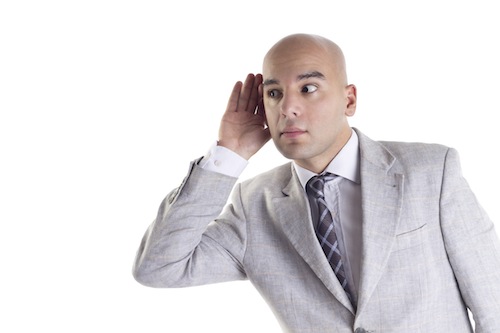 is an employee obliged to divulge facts about their partner?

In a recent matter before the Fair Work Commission – Lakatos v Termicide Pest Control Pty Ltd – the short answer to the above proposition was ‘yes’. The employee, Ms Lakatos, refused at first instance to answer questions posed by her employer regarding her fiancé’s new employment. Her fiancé, Mr McKay, had in fact previously worked for Termicide. And as the owner of Termicide correctly suspected, Mr McKay was now working for a competitor in the pest control industry. Of particular concern to the employer was the possibility of threats to his business posed by Mr McKay’s position, including his access to confidential information. Eventually, Ms Lakatos provided the information about her fiancé’s new workplace, but was nevertheless dismissed. The Commission found that the employer possessed a valid reason for the dismissal.

Senior Deputy President Richards’ finding that Ms Lakatos was obliged to provide an explanation about her partner’s activities certainly raises some interesting points. What exactly are employees obliged to divulge about their partners? How far does fidelity to the employer reach? Until very recently in Australia, courts have recognised what is known as ‘spousal privilege’ in criminal matters – that is, a spouse cannot be called upon to give evidence against their partner. In the 2011 Stoddart case, however, the High Court greatly diminished this privilege – leaving jurisdictions rather uneven in their application of the principle. Even putting the criminal law viewpoint to one side, the idea of being compelled to provide private information about a spouse or partner to a third party certainly causes general discomfort. And being confronted with such questions by an employer would no doubt be rather unsettling for the worker involved. How and when it is appropriate to expect an employee to respond to a request for such information is certainly no ‘one-size-fits-all’ scenario.

Information began to surface about Mr McKay’s new place of employment, after which Ms Lakatos was asked direct questions by her employer about her partner’s activities. She refused to respond at first – and was later dismissed for failing to comply with a reasonable request. In his reasoning, Commissioner Richards noted that the circumstances were such that the employer was within his rights to request the information, as it concerned possible significant threats to the business. It was in fact a part of Ms Lakatos’ role to identify such commercial threats, and her refusal to provide relevant information in this regard was deemed unacceptable. As the Applicant, Ms Lakatos was seeking a finding by the Commission that her dismissal from Termicide was ‘harsh, unjust or unreasonable’ in accordance with s394 of the Fair Work Act 2009. She was unsuccessful. In rejecting the Application, Commissioner Richards stated that the employee’s actions in withholding crucial information about her fiancé and his employment with a competitor were unreasonable: “…she refused to provide her employer with any answer to those inquiries, or to cooperate with him at the most elemental level…this was a damaging position for the Applicant to have adopted. Following the Applicant’s refusal to cooperate, [the employer] thereafter lost confidence in the Applicant as an employee who would serve him with all due fidelity.” [63-64 in part]

An employer cannot reasonably expect an answer to any and every question that might be put to an employee. There are personal and private issues in any person’s life that do and should remain outside the scope of an employer’s ‘business’. Walking the line between appropriate questioning relevant to the business and an inappropriate inquisition can be a delicate exercise. While finding in favour of Termicide, it is worth noting that Commissioner Richards did opine that: “…there were elements of harshness to the manner of the Applicant’s dismissal.” [80] The particular circumstances in this case – including a discernible urgency regarding potential commercial damage by the Applicant and her fiancé – made the position of the employer more palatable to the Commission.

It certainly appears that information regarding a spouse or partner cannot reasonably be withheld by an employee where legitimate business concerns are involved. This is an evolving area of the law. As in most workplace issues, careful consideration and planning will go a long way to ensuring that the correct approach is taken in similar circumstances.