Shades of Grey: Raunchy Material and the Lessons from Shea 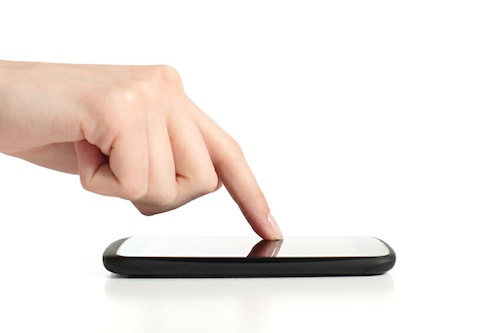 Shades of Grey: Raunchy Material and the Lessons From Shea

In the recent costs hearing for Shea v EnergyAustralia Services Pty Ltd, Federal Court Justice Jessup helpfully took the opportunity to summarise the findings of Justice Dodds-Streeton regarding the original unfair dismissal proceedings. There, Ms Shea had unsuccessfully sought relief against alleged adverse action on the part of her employer.

In a bad light

Ms Shea’s accusations were substantial and relied upon various sources of information for purported corroboration. In his findings against the applicant, Justice Jessup spoke with evident disapproval regarding both the quality and the means of acquisition of Ms Shea’s evidence. Of particular note, sexually explicit text messages between two staff members had been retrieved forensically by Ms Shea as purported proof of sexual harassment in the workplace. His Honour stated that Ms Shea’s methods of obtaining both the phone and text messages ‘did not show her in a good light’, aligning with the substantive trial judgement as to the ‘irregular’ nature of the acquisition [57-58].

But the inadmissibility of the texts – and the resultant forensic report – was not the only issue in question. Justice Jessup quoted with approval the original finding of Justice Dodds-Streeton – the text messages represented nothing more than ‘a private exchange between consenting adult sexual partners’ [quoted at 56]. Further, this private nature actually placed a duty of confidentiality upon any readers of the texts.

Thus, not only was the material found to have been obtained abnormally, usage of the forensic report was both irrelevant to the workplace issue at hand, and malicious in nature. His Honour went even further in his disapproval, noting the ‘unseemly manner’ in which the phone was obtained, with a very obvious agenda in play to cause ‘embarrassment and humiliation’ to the other party [59].

Eyes on the court

In administrative proceedings, the rules of evidence don’t formally apply. So there is a sense in mediations, conciliations and reviews that parties can place it all on the table in order to find resolution. The idea here is that people can often experience a greater sense of procedural fairness in a less formal environment. Yet Shea reminds us of the considerable pitfalls that can occur in court proceedings when undetected irregularities have coloured earlier processes – inadvertently or otherwise. It is crucial that internal and external workplace investigators establish quality control mechanisms throughout all stages of information collection. Keeping any future court proceedings front of mind can assist investigators in overcoming the kinds of evidentiary taints that befell the applicant in Shea.

And where certain key material can only be collected in an unusual manner, corroboration of the information obtained can assist in enhancing overall quality and future admissibility. Potential evidence should be free of irregularity, irrelevance, confidentiality breaches and/or personal agendas. Certainly, administrative processes won’t require the stringent attention to rules of evidence that apply in court. Yet the ‘juiciest’ piece of information brought out at in an administrative forum might well become the trial stage’s most useless piece of scurrilous and ultimately inadmissible evidence. Worse – if found to be obtained for personal or ‘unseemly’ reasons, a hefty costs ruling is certainly a possibility for the parties involved.