Want to Audio Record Interviews But Not Sure How? 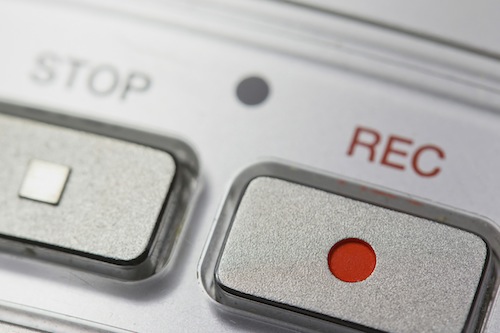 Want to Audio Record Interviews But Not Sure How?

When you are called upon to investigate a workplace issue, the desire to get a clear and accurate picture of the problem is understandably strong. Recording the interviews seems like a good idea – you’ll have a word-for-word transcript and be able to concentrate more on the conversation. Yet it is important to consider a number of factors. Firstly – what are the legal issues around audio recording, secrecy and permission? Secondly, what sort of introduction is suitable to an investigative audio recording? And in terms of the resulting transcript, which kinds of requests are likely to arise? Recalling that procedural fairness must be at the heart of all workplace investigations, it certainly pays to do your homework before audio recording an interview.

In many cases, interviewees will be quite happy to give permission for you to record the conversation. Others might be fairly reluctant or actually refuse to give recording permission at all. Knowing these variations, it might be tempting to simply record your discussions without permission. This is of course quite possible technologically.

But is it legal? In Australia, the laws on improper and/or unlawful surveillance differ across jurisdictions, and it is important to understand the stance taken in your state or territory. In many cases, permission will be implied if the person is told of the recording and does not overtly object. Yet if permission is refused and a recording is nevertheless made – or is made in secret without any discussion – the material will almost certainly have been obtained unlawfully. Such recordings may nevertheless still be admissible in the federal jurisdiction (including the FWC) in accordance with the Evidence Act 1995 Cth. Admissibility will hinge upon elements such as whether or not the conversation was ‘private’, the probative value of the evidence, and the level of impropriety involved in the secret recording.

Once the tape is rolling (or device is capturing!) your first crucial task is to make introductions that are clear, welcoming and comprehensive. Everybody in the room should be given the opportunity to return your greeting, and state their name and work title for the record. You can also give a brief run-down of the purpose of the interview, giving participants a chance to ask any questions about the process.

As well as helping everybody to find their bearings, such general chat can serve to ease everybody into the interview as they work out who’s who. And a further benefit will be the accurate identification of voices by the person typing the transcript. In the bid for accuracy, it is vital that the transcript represents a true record of ‘who said what’. If a subsequent transcript of the conversation reveals that the interviewee was uncertain, confused or pressured in any way, then the probative value of the material in future proceedings might be markedly reduced. Providing open, informative and clear introductions will help to ensure that procedural fairness is evident at all times within the workplace interview.

After the workplace interview, the audio recording will be converted to a typed transcription. Request that the interviewee read and sign the transcript to confirm accuracy. But what if a person refuses to sign? Such a situation can arise for a number of reasons, not least of which can be that they are upset and shaken at having talked through the workplace issues. Yet, if we think logically – the entire discussion is there in aural form and can be accessed at future times, such as in court. This is why a transcript is in many ways superior to a statement from the interviewer constructed from written notes; arguments can be made that the interviewee was misrepresented in cases where only notes were taken.

Be aware also that an interviewee might ask for a copy of the transcript. It is best to explain that, because the employer is coordinating the investigation, it is up to them to decide on what investigation materials might be given out. Importantly, privacy issues will be relevant. For example if a worker goes back to the office waving a transcript with people and incidents named therein, the investigation’s overall viability could be cast in doubt.

Obtaining an audio recording of a workplace interview is an excellent idea. Accuracy will generally be high, assisting clarity throughout the investigation and beyond. Keep in mind best practice for recording permissions, introductions and transcript uses though – consideration of these variables will help to ensure that the overall quality of your interview is greatly enhanced.