Getting It Out There: The Value of Good Debriefing 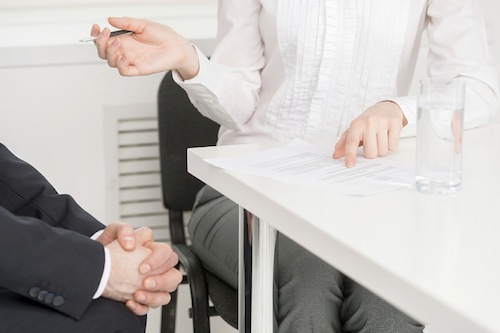 Getting It Out There: The Value of Good Debriefing

Moments of conflict can and do arise in the workplace. When such problems arise, employers have an opportunity to involve staff in an organised debrief of the situation. Doing so can not only provide people with a chance to air their thoughts and feelings; employers might in fact be able to avoid future grievances and/ or the need for mediation around contested issues.

If a number of staff members have been experiencing conflict around a problematic work event, this might be a perfect opportunity to ‘get it all out there’ in the form of a debriefing session. A sale or presentation might have gone terribly wrong, and accusations are now beginning to fly. By designing an appropriate debrief meeting, the core issues can be aired and discussed, with mutual learnings hopefully being gleaned. An effective debriefing can in this way reduce conflict, costs, and future mistakes.

In contrast, an example of a conflict scenario that is not particularly suited to the debriefing model is the one-on-one conflict. When only two or three colleagues are involved in a conflict, it might be more appropriate to deal with this at a supervisory or HR level. Particularly where there are differing power levels – such as between a manager and a direct report – a smaller and more contained method of conflict resolution might be indicated.

How should a debriefing be organised?

The key theme for any effective debrief is transparency. Prior to the meeting, give people an invitation complete with a short and honest appraisal of the situation. In the scenario of conflict arising from a failed endeavour, indicate that you’d really like to hear people’s views about the process and the outcome. Above all, stress that this is a no-hierarchy discussion – input will be moderated to ensure that more senior and/ or assertive people cannot monopolise the discussion. Ensure that the venue is quiet and comfortable, and that nobody who was affected has been left out.

What should take place in the debrief?

At the start, thank everyone for coming and reiterate that you’re keen to hear their experiences and ideas about the contentious event. Emphasise that there are no ‘wrong’ comments and complete honesty is preferred. Give a brief outline of the issue and resulting conflict, such as: “There’s a lot that went wrong with the Smith account last month. I get the feeling there are conflicting views around who’s to blame and what exactly went wrong. It would be great if everyone could let me know what they think caused the problems – and what we could change for next time.”  As noted above, it is important to ensure even contribution. While emotion is inevitable, do remind people that personal attacks are not okay. An effective debriefing should be carefully designed and run, to ensure that only the most positive outcomes are achieved.

At the end of an effective debrief, summarise the group’s findings and any agreed actions. Read back, and then make any corrections if you have misunderstood or misheard particular points. Thank all participants for their contributions and their honesty. Give a timeframe for any undertakings that you have made – and stick to it. If the session has been handled professionally and transparently, then festering issues regarding blame, disappointment and anger have hopefully been dealt with in a productive way.

Considering the costs of grievance management and workplace mediations, a well-run debrief session has the potential to not only save friendships, well-being and morale – it can also reduce expensive processes of conflict resolution.