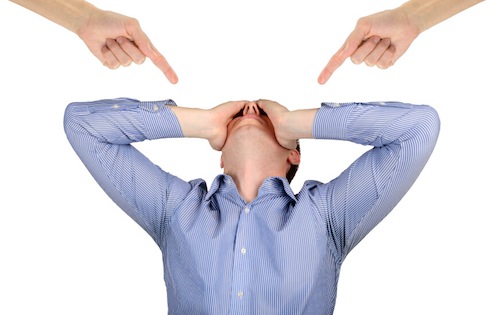 Since the late 1970s, workplace bullying has been on the radar, with an increase in attention from researchers and workplaces in terms of understanding and managing the behaviours. This broad attention has given rise to issues around the definition, but with some consensus on the key elements of what constitutes workplace bullying.

In Australia, the Fair Work Act 2009 defines workplace bullying and captures the group element, defining it as a person or group of people repeatedly acting unreasonably towards another person or group, and with the behaviour creating a risk to health and safety.

While workplace bullying has been largely researched from the individual or organisational perspectives, minimal attention has been paid to the phenomenon of group bullying, which is surprising given some empirical findings on multiple-person bullying.

What the studies show

A review of empirical studies into workplace bullying in Austria, Germany, Hungary, Ireland, Italy, Norway, Spain and Sweden found that more than 50% of survey participants reported having been bullied by more than four people, and 15 to 25% reported having been bullied by between two and four people, which is disturbing evidence of group bullying. Yet, little is known of the how and why.

Understanding group dynamics has always presented challenges for organisations, and most organisations rely on the effectiveness and health of their teams and groups. We know that social identity theory and social rules theory explain how informal processes control groups and teams of individuals, and can see the creation of ‘in-groups’ and ‘out-groups’ which can be breeding grounds for group bullying.

These group processes can lead to the normalisation of a culture that allows and feeds bullying behaviour, or indeed passive by-standing so that individuals may stay connected with the ‘in-group.’

Power imbalance is one of the key components of workplace bullying. Informal power is an important aspect of group bullying, as an individual or individuals use it to either enlist others into the negative behaviours, or ensure that they keep quiet as passive by-standers.

Neutralisation refers to the underlying justifications that either invite or excuse deviant behaviour, and can include five strategies – denial of responsibility, denial of injury, denial of the victim, appeal to higher loyalties and condemnation of the condemners.
Research is currently being conducted to canvass whether and how these strategies are used by the perpetrators of workplace bullying to both enlist other participants, and justify their behaviours towards others.

Why is group bullying so hard to deal with?

What makes this phenomenon so difficult to contain is that the negative behaviours can present as being perpetrated by individuals, and not as a concentrated and organised campaign against a person or persons. Additionally, through this process, co-workers can be drawn into negative behaviours – not realising the potential harm of their actions on the target or targets.

Support mechanisms or lack of support mechanisms in the workplace are associated with the escalation of workplace bullying. As an example, where co-workers are drawn into the negative behaviours and provide their support by either engaging in the behaviours or passively standing by and allowing them to happen, this support can escalate the workplace bullying and take it from individual bullying to group bullying. The spreading of rumours and gossip is a classic example of this occurring.

Support for the perpetrators can also come from the ‘wall of silence’ that can allow corruption and white collar crime in the workplace to continue unnoticed or even escalate. More research is needed on how workplace bullying contributes to the wall of silence.

The cost of bullying in australia

Safework Australia’s 2012 report into psychosocial issues affecting Australian workplaces revealed some disturbing statistics. It found that rates of bullying in Australian workplaces were significantly higher than the international rates, and that women in particular experienced higher rates of bullying over more prolonged periods. It was also estimated that Australian employers were forking out $693 million per annum due to job strain and depression, with connection to alleged bullying.

Some bullying theories suggest that groups form because of safety in numbers – it’s okay for them to bully a person so long as someone else is doing it too. If the employer does nothing about it, then the problem simply becomes part of workplace culture. Others may join in, or stand by and watch as a way of protecting themselves because they fear being targeted if they don’t join in. Observers of bullying can themselves suffer from stress and a poor perception of the work environment.

What is clear is that some organisations are very successful at keeping bullying at bay. Typically, they show concern for individual employees and implement and engage in regular anti-bullying strategies and preventative measures. We know that bullying can escalate over time which highlights the importance of early intervention.  Quite often intervention only occurs when the workplace is toxic and the bullying behaviours have escalated almost to the point of no return which is damaging to individuals, groups and the organisation.