The secret to a successful investigative interview – building rapport 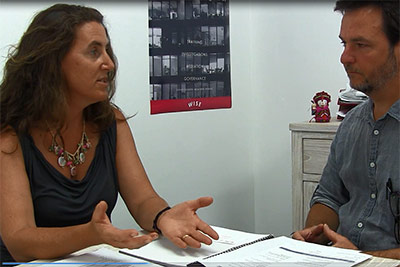 We’re all guilty of it: we ask a question that we don’t really expect to be answered in full. We’ve been socialised to do this; “how’s it going?” really means “I see you.” The usual answer “good” completes the interaction, but often isn’t even true!

Investigators have to learn to listen. And listening well means going beyond just hearing and recording and actually building a relationship of trust, that leads to mutual understanding.

That relationship, or sense of “closeness,” is called rapport. It’s one of the most important skills an investigator can develop. It needs to be authentic – it can’t be forced. Genuine rapport produces results.

Importantly, it creates an environment where the interviewee can be heard without judgement and helps the investigator establish any cognitive limitations in the interviewee.

Rapport is not about being “soft”; it doesn’t mean fake encouragement or comments that create an impression that you’re on their side. And it certainly doesn’t mean avoiding tough questions.

To build rapport, an investigator needs to show competence, confidence, empathy, interest and a willingness to listen. It requires both verbal and non-verbal techniques.

Rapport-building typically starts with the investigator providing a welcome and introductions, supported by positive non-verbal communication that can include physical contact, such as a handshake or some other culturally-appropriate gesture. In this way, the two parties are welcomed into the interview and a tone is set.

Next, the investigator takes the lead by showing interest in the interviewee, by asking questions about them. This could include asking where they’re from, what they do and about their work history.

The conversation initially should be unrelated to the matter under investigation, but not so disassociated that it’s difficult to bring the conversation back to the primary reason for the interview – and not so long that the interviewee becomes impatient.

Rapport-building doesn’t stop after introductions are complete, but should continue throughout the interview.

The goal is always to go beyond a mere question-answer “transactional” approach to information gathering, but instead move towards a proper conversation, that engages the interviewee and elicits the most complete account possible. Because “Good” just isn’t good enough!