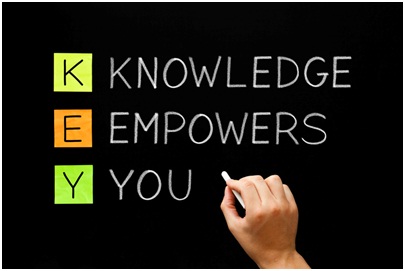 As another year gets underway, it’s timely to look back at some of the most significant fair work and employment law-related decisions handed down during 2016, and the lessons employers can take away from these cases. In this two-part series, we first look at how general legal principles fit into the sphere of employment law. In the second instalment, we’ll explore cases which are all about emotion and personal opinions – and what happens when these cloud workplace and legal decisions.

IMPORTING CRIMINAL AND OTHER LEGAL PRINCIPLES INTO INDUSTRIAL LAW

Most employers are familiar with the basic principles of what could constitute unfair dismissal. But one particularly unusual circumstance of an unfair dismissal case was considered by the full bench of the Fair Work Commission during 2016.

The employee at the centre of the case had caused a motor vehicle accident on his way home from work, and subsequently admitted to police that he had been smoking synthetic cannabis.

In Colin Wright v AGL Loy Lang, the dismissed employee argued that the employer could not rely on his admissions to the police, claiming that the Pfitzner principle preventing admissions from being used in later proceedings applied in his circumstances. When considering whether a criminal law principle could be applied in civil proceedings, the commission upheld the earlier decision, and found that it could not.

Another significant decision of 2016 considered whether intent to harm – generally a criminal concept –is required in workplace bullying matters. In the Carroll decision, it was found that even innocent behaviours could constitute workplace bullying. The commission focused particularly on the accused manager’s micromanagement and monitoring of staff, and the cumulative effect of this managerial style.

The question of privilege

Anyone who watches legal and crime dramas on television is familiar with the existence of legal professional privilege (LPP)– however what is less well known are the circumstances in which such privilege can be and is waived.

In Kirkman, the issue was whether an investigation report into an employee’s behaviour had to be produced to the employee after certain allegations addressed in the report were put to him.

In reaching its decision, the commission spelled out the key principles surrounding LPP and pointed out that LPP can be easily waived if one of the parties acts in a way which is inconsistent with the maintenance of the privilege.

In Kirkman, even though the allegations contained in the report were put to the employee, this was not considered sufficient to waive privilege.

The importance of following the rules of evidence

Many tribunals and similar bodies, including the commission, are not bound by the rules of evidence. However, in the case of Wong, an application was made to the Federal Court seeking permission for a layperson employer to defend an adverse action claim.

The court held that various components of the evidence were inadmissible and failed to comply with requirements of the court, and accordingly legal advice had to be obtained for the case to proceed. Importantly, the decision in Wong sets out various principles relating to obtaining and providing appropriate evidence in industrial proceedings.

The need for rigorous workplace investigations

Finally, the recent decision of Hedges involved a dismissal which had occurred after an external investigator had failed to include essential and relevant material in their report.

The employee was terminated following an altercation with another employee, but the investigator had downplayed what could have amounted to provocation by another employee.

This decision demonstrates that employers must take care to ensure that workplace investigations are unbiased, comprehensive and transparent – otherwise the dismissed employee could well be reinstated, as in Hedges.

Lessons to take from the year that was

Although each of these five cases involves a very different set of circumstances, employers would do well to remember that:

Significant employment decisions can provide valuable feedback for all employers. We’ll cover further decisions of note in part 2 of our series, and if you’d like to start the year off on a positive footing with training in investigations, contact us.

To read more about some of 2016’s interesting cases in fair work and employment law, check out this free whitepaper here.