Record damages awarded to NSW employee for wrongful termination: what can we learn? 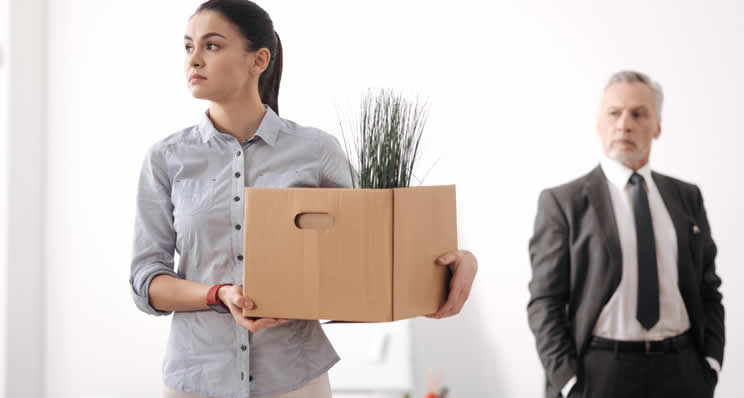 Most of us may believe that if a contract is not signed, it is not legally enforceable. On 10 September 2020, the NSW Supreme Court handed down a significant decision, awarding record damages to an employee for termination of employment and amongst other findings, providing grounds upon which an unsigned contract may be held to be legally enforceable and take precedent over a signed contract.

Ms Melinda Roderick (“Roderick”), the Executive Director of Washington H. Soul Pattinson & Company Ltd (“WHSP”) had been employed since 2006 when Roderick commenced in the role of Chief Financial Director. She was appointed as Finance Director in 2014, till 12 April 2018, when she was terminated without notice. More notably, Roderick was the only female on the Board and was the second most senior employee in the company.

On 10 September 2020, Roderick was awarded record damages in the amount of $1.105 million. The case was litigated on the issues of termination of employment without warning, failure to give reasonable notice of termination, and failure to pay both short term and long-term incentive entitlements.

Roderick’s terms and conditions of employment were originally set out in the 2006 contract (“the original contract”). However, following Roderick becoming the Finance Director in 2014, a draft ‘new contract’ was made in 2015 but was never signed. WHSP argued the original contract prevailed.

Despite the new contract being unsigned, the Court found that the implied intention was for her original contract to be discharged and for the parties to be bound by the new contract. Therefore, the terms and conditions of the unsigned new contract were found to apply and took precedent over the signed 2006 contract.

WHSP calculated Roderick’s termination payment based on the signed original contract. Accordingly, Roderick was only paid three months’ of her old salary, in lieu of notice, which was expressly stipulated as the notice period in the original contract.

Roderick’s claim for damages was made in accordance with the notice period expressly stipulated in the new unsigned 2015 contract, being 24 months; and for payment of an amount representing her incentive entitlements under both the long-term and short-term incentive plan and scheme, included in the new contract.

There were five issues litigated: whether the original 2006 contract containing the express term of three months’ notice applied; if the new unsigned contract applied, what was the implied period of notice; the notice period Roderick should have actually been given; determination of whether Roderick was eligible for entitlements pursuant to the short term and long-term incentives; and the reason for her termination.

Once the Court established that the original contract no longer applied, it had to determine, what the ‘implied reasonable notice term’ should be. The Supreme Court did not uphold the 24 months’ notice period in the new contract but determined that Roderick was entitled to 12 months’ notice.

Roderick argued the new contract entitled her to the incentives. WHSP argued it was not obliged to pay the incentives as payment was discretionary and dependent on performance, and that Roderick was terminated for ‘poor performance’,  had not worked the full year and was no longer employed. WHSP further submitted that Roderick was terminated prior to the assessment of these incentive benefits.

The Court stated any “decision as to payment is only discretionary in the sense of assessing [Roderick’s] performance against the KPIs”. The Court stipulated that was an implied contractual obligation to “exercise any discretion conformably with the purpose of the scheme and not to choose arbitrarily or capriciously or unreasonably to not pay money, irrespective of whether the agreed parameters had been achieved”. The argument to not pay Roderick as the employment ended “only a matter of days before the end of the relevant financial year would be quite unreasonable and arbitrary”.

The Court noted that it was a “curious feature” that there was not a single document noting an issue with Roderick’s performance, including the termination letter itself. It did not accept that Roderick had performed poorly,  but more so “that it (WHSP) could do better in terms of value for its money” given that a day after terminating Roderick, WHSP hired a new CFO on a lower salary. Further, the new CFO had no position on the board and reported to the chief executive, which the Court noted: “would have saved [WHSP] a considerable sum“.

This case illustrates the following important points for employers:

The dangers of wrongful termination for employers are significant – in this case, to the tune of over a million dollars. Employers should always be cautious when ending employment contracts, particularly if the termination involves role changes, very senior employees, complaints, disputes, poor performance or particularly wrongdoing, to ensure termination processes are both compliant and procedurally fair.

WISE Workplace offers consultancy support with HR and dispute resolution matters to assist employers in meeting these obligations.  If you are seeking advice on the proper way to resolve an internal workplace dispute,
contact us today.