Fair Work Amendments: What’s new on bullying in the workplace 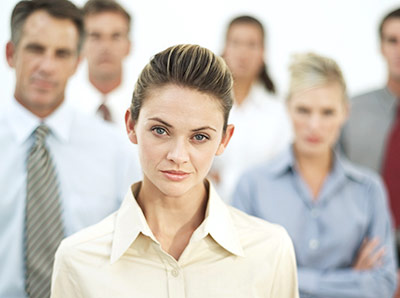 Joanne was keen to take up a new position in an office she had previously worked in. She looked forward to working with former colleagues.

But far from being greeted with the bonhomie and friendship she had been familiar with, she was met with the cold shoulder. Excluded from morning teas and team lunches, no one wanted to cooperate with her.

Earlier,  she had been part of the management team; now she was in a new role created to support some of the more complex tasks of her colleagues – a role they resented. Within days of returning to work, Joanne was in tears, feeling excluded and isolated by the treatment of colleagues.

The distress Joanne felt soon resulted in her having to take time off and work from home. Before long, she was showing signs of depression.

Joanne made repeated reports of her distress to her managers. While they were able to see the effects of the bullying, they didn’t feel that they were able to intervene because they regarded the issues as “petty office politics”. They saw the lunch time gatherings as being events “outside work” and, as such, they were occasions over which they had no control.

In another case investigated by WISE Workplace, a personal assistant experienced high levels of stress – and ultimately depression – following micro-management of her daily tasks. Her manager became increasingly impatient with her over timelines and project management.

The micro-management and impatience displayed by her manager led to increased feelings of incompetence and worthlessness that quickly lead to anxiety and lack of confidence in the work she had previously undertaken without worry.

The manager’s reaction was to commence performance management which instantly had a further detrimental effect on the PA’s performance and ability to do her job.

Under the proposed changes to the Fair Work Act 2013 (Fair Work Amendment Bill 2013) that is expected to be rolled out in July 2013, both cases present a challenge for businesses.

Both employees will be eligible to submit a claim to Fair Work Commission (FWC) to stop the bullying and it will be the Commissions job to determine if bullying has occurred and whether it is appropriate for them to take action to prevent the bullying from continuing.

The amendment to the Fair Work Act would give the FWC the jurisdiction to deal with bullying complaints including:

People have different levels of resilience to bullying. One of the key variables is the amount of control a victim has over the situation.

For example, when work is scarce, or employment options limited – or the dependence of an individual on their wages is high – workers feel that they have less control and fewer choices over how to respond in situations where they feel they are being bullied.

In the cases illustrated above, there has been a discernible effect on the health and safety of the employees.

Whilst there is no discussion yet as to how the FWC will assess whether the wellness of a claimant is directly connected to the behaviour they experienced, it is sure to be different from the workers compensation process.

In the latter process, the employee has to demonstrate that the ill health was caused by the bullying – any evidence of prior mental health issues is often enough for the insurer to escape liability.

The focus of the FWC will be on whether the behaviour experienced was likely to lead to ill health of the complainant. The degree of ill health experienced will vary from individual to individual, with some being more resilient than others.

The question under consideration will be ‘reasonableness’.

In the case of the PA, the amendments to the Act expressly exclude ‘reasonable management action.’ Formal performance management is often a legitimate process that the complainant incorrectly interprets as bullying, but at times can be part of an overall pattern of bullying. In addition, at times complaints are made to deflect from an employee’s poor performance.

Employers will be greatly assisted if they conduct a legitimate independent investigation processes to determine the reasonableness of their manager’s actions.  Basic management training, focusing on coaching and performance management communications, are going to become an essential element of supervisor training along with good record keeping.

In Joanne’s case, the inability of managers to understand what was a work related event was a barrier to her having her complaint handled internally.  The boundaries over when work starts and when it finishes have been blurred with the advent of social media but there is considerable case law now that establishes a few facts to enable managers to determine if the bullying conduct is a work-related matter or not.

If the answer to any of these questions is “yes”, then the employer needs to take some action in respect of the bullying.

The essential elements that employers need to consider when reviewing a complaint of bullying is:

Has the conduct complained about occurred whilst at work?
See comments above on the stretching of these boundaries in recent years.

Is the conduct complained about unreasonable?
That is, would a reasonable person consider that under the circumstances the behaviour would be likely to cause an injury to the health and safety of the other person?

Is the behaviour repeated?
The behaviour does not need to be undertaken by one individual but can be carried out by many individuals, but generally against one person (the target).

If, as an employer, you believe you have a complaint that might be considered bullying the best option is to undertake an investigation, document the actions taken and the reasons why. These actions will need to be taken in conjunction with any risk management action required to ensure the health and safety of the staff concerned.

Remember,  an effective investigation is procedurally fair, unbiased and conducted within a reasonable time frame.

Finally,  what you do as an employer in response to a bullying complaint will be open to review and will come under more scrutiny than ever with the advent of the amendments to the Fair Work Act.