Scheming and Plotting in the Workplace 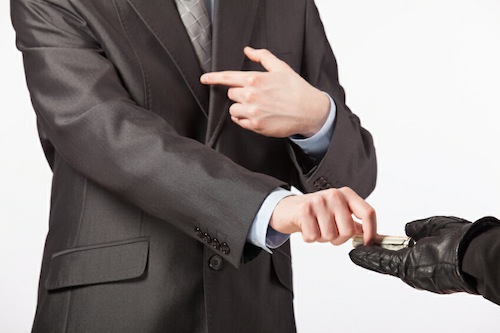 Corruption and Collusion: Working Together for Harm

It can be a shock to discover that an employee may be corrupt. An employer can be frozen with disbelief, deeply hurt by the breach of trust, and put in a dire financial predicament. These feelings (and the financial losses) can be magnified when more than one employee is involved in the corruption. Collusion is an increasing issue in the workplace.

What is employee corruption?

Employee corruption is dishonest conduct in which an employee abuses their position of trust to gain an advantage for themselves or others. Workplace fraud is a form of corruption and includes lying to obtain a benefit (for example fraudulently claiming sick leave) and falsification of documents (for example forging a manager’s signature to gain a benefit). Theft is also employee corruption, and can include manipulation of accounts or systems to steal money from an employer’s bank accounts.

Why is it a problem?

Employee corruption is a huge issue for Australian businesses, and the financial losses are widespread. The 2012 KPMG survey of fraud, bribery and corruption found that Australian and New Zealand respondents to the survey reported losses of almost $373 million. Employees were responsible for 75% of major fraud activity amongst those companies. And as other KPMG research shows, employees who engage in corruption very often don’t work alone.

How widespread is the problem of employee collusion?

The 2013 KPMG study Global Profiles of the Fraudster found that there was increasing collusion between employees to commit acts of fraud. The report noted that “the fraud is often too complex for one person to execute; it requires others to turn a blind eye, or to provide passwords or falsify documents.” 70% of the fraudsters analysed by the study had acted in concert with others, and in 33% of cases, the cost to the organisation exceeded $US1 million. The report also found that incidents of collusion more than doubled between 2007 and 2013.

What leads to collusion?

What the study did not show was why employees collude, although it did find that most people are capable of committing fraud, given the right circumstances. In some cases, two like-minded employees may have combined their skills for a greater gain. In others, more junior employees may have colluded because they felt they had no choice but to take orders from their superior. It is possible that company culture contributes to the problem. If there is a perception that the company never checks up on its employees’ activities and “everyone does this kind of thing”, then employees may more readily collude. Also, if there is a widespread feeling that the company treats its employees badly, disgruntled employees may be quite open to taking money that they feel is rightfully theirs.

Warning signs for corruption and collusion

Interestingly, the studies have found that fraud and corruption are usually committed by male employees who have been with the organisation for at least five years, but not necessarily in a management role. In other words, the person you’d least expect. The biggest reason for corrupt activities is greed and maintaining a certain level of lifestyle.  Lack of internal controls, or the employee’s ability to override internal controls, is how most corruption is committed – when an employee is highly trusted and respected, the employer sometimes stops checking to see what they are up to. While some corrupt employees believe they have an entitlement to the employer’s money, the other key warning signs for potentially corrupt employees are workplace dissatisfaction and financial hardship.

Employee corruption is a huge problem for employers and collusion makes it even more difficult to tackle. However, companies that regularly audit their accounts and have in place a range of preventative measures and procedures can often limit the impact of corruption.