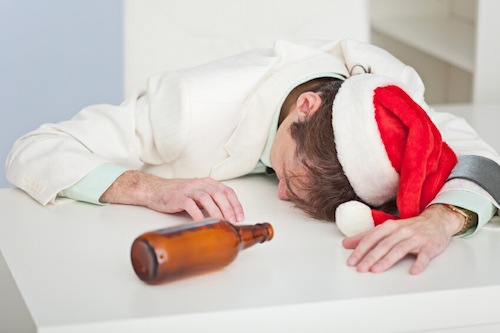 The perils of the office Christmas Party

The office Christmas party. It’s a time of celebration, and an acknowledgement of all the hard work done by the team over the year. So what could possibly go wrong? Plenty for employers, as the recent decision in Keenan v Leighton Boral Amey Joint Venture demonstrates, especially when the alcohol is free-flowing.

A Christmas party to remember

In a decision which just may have employers re-thinking the bar arrangements at the annual do this year, the Fair Work Commission (FWC) considered the termination of a worker’s employment following his behaviour at the office Christmas party. Although the employer had issued a reminder to staff to behave responsibly, Mr Keenan consumed two beers prior to attending the event, and in the course of the evening, consumed another 10 beers and a vodka and coke. Wait staff were serving drinks, but later in the evening, guests could help themselves to alcohol. During the party, Mr Keenan told his boss to “f___ off” and remarked to another colleague “who the f¬¬¬¬___ are you? What do you even do here?” When the party ended, Mr Keenan and some other employees moved to another part of the hotel and continued drinking. There were further incidents which included calling a co-worker a “stuck-up bitch,” kissing another co-worker without warning or consent, and some other comments with sexual overtones. Following an investigation, Mr Keenan’s employment was terminated. Mr Keenan claimed unfair dismissal.

The FWC found that Mr Keenan had been unfairly dismissed. The after-party incidents were not in connection with his employment, as they were not sanctioned or organised by the employer. Mr Keenan’s conduct during the party was not so serious to warrant termination of employment. The FWC said that the incidents were isolated, and that generally he had a fairly good employment record.

The service of alcohol

Key to this decision were the comments about the service of alcohol at the party. “It is contradictory and self-defeating for an employer to require compliance with its usual standards of behaviour at a function but at the same time to allow the unlimited service of free alcohol at the function,” the FWC said. The FWC said that the venue had agreed to refuse service to anyone thought to be intoxicated. Mr Keenan was not refused a drink by wait staff and was not prevented from helping himself to beer later in the evening. No one with managerial authority was made responsible for ensuring the smooth conduct of the function.

Effects of the decision

This decision will cause some problems for employers, especially as Christmas season approaches. Employers can be in a difficult spot when it comes to office functions and Christmas parties in particular, as many employees expect and look forward to the annual party and judge their employer by the quality of the party (including the amount of alcohol served).

But there are a number of things an employer can do to avoid difficulties with drunken workers:

Mixing work and alcohol is always a difficult undertaking, and employers need to carefully plan work functions to avoid the difficulties faced in the Keenan case. But with good management, the traditional Christmas party is still a possibility, even if it might be a little more subdued!